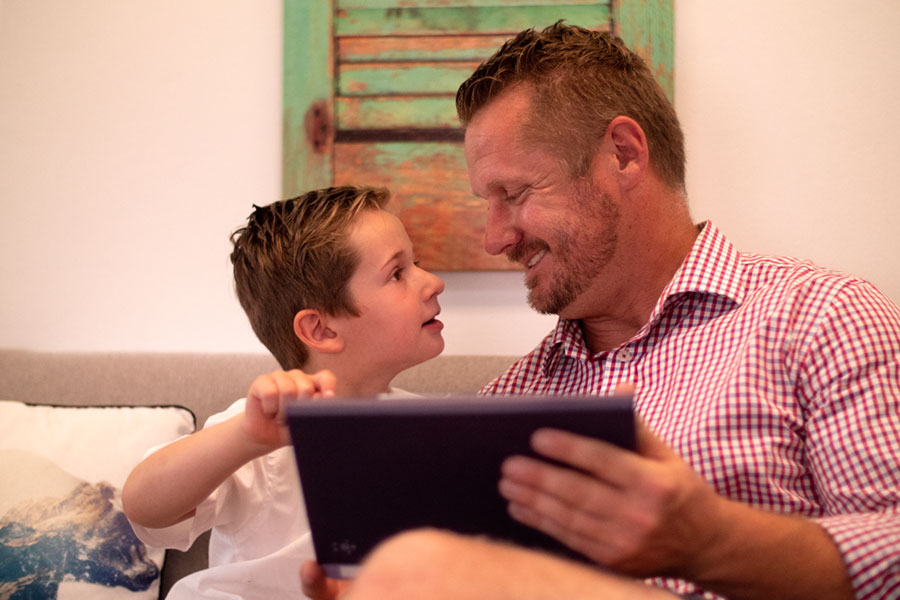 What is phonological awareness?

Phonological Awareness is an essential component of school readiness. Most importantly, it describes a child’s ability to recognise, identify and change the sounds in spoken words. These abilities are particularly important for the development of reading, writing and spelling[1][3]. What’s more, there are three distinct levels of skill[2].
Naturally, the development of these skills requires specific teaching and practice. They are typically included within most pre-school programs in New South Wales.

The development of phonological awareness skills occurs in the years prior to and during formal literacy instruction[4]. Generally speaking, children are exposed to books and writing from a very young age. Formal teaching often begins during the childcare years around the age of 3 years old in the form of learning rhymes and word games.

It is recognised that children with language disorders or speech disorders are more likely to have associated phonological awareness difficulties and are at risk of future literacy difficulties when compared to other children their age[5][6][7].

All children acquire skills at a slightly different rate. Although we don’t realise it, children are learning early pre-literacy skills from very early in life. Children learn language and pre-literacy skills simultaneously. However children with phonological awareness difficulties will usually start falling behind on these developmental milestones.

"PA involves a child’s ability to recognise, identify and manipulate the sounds in spoken words"

When should you seek help through speech pathology?

Firstly, we know all children develop at slightly different rates. As a result, it can be difficult to decide when it is time to seek help. Current research recognises the significant risk to literacy development caused by speech sound disorders and language disorder[8].

The first thing to remember is that researchers have identified that phonological awareness therapy is more effective (i.e – makes more change) when taught before school entry, or during Kindergarten, rather than in the later primary years[9]. This means early identification is essential.

Given that, if you are concerned, seek help early.

We begin assessment on phonological awareness and from the age of four years old. Although it is never too early to start working on these important pre-literacy skills.

How Speech Pathology can help?

We begin to assess phonological awareness skills from the age of 4 years old. Whether your child has a history of speech sounds errors. Or if there is a family history of difficulty learning to read or write. Early identification is vital to a child’s learning to read and write successfully[10].
Often parents feel unsure when identifying phonological awareness concerns. We offer 3 pathways to identify if there are concerns for children:

Speech Therapy is most effective when it is fueled by fun, games and play. From experience, we know that play is the essence of how children learn. Likewise, therapy is most effective when embedded within play. For the most part, we aim to ensure that our clients experience little distinction between playing therapy. They don’t know how hard they are working because they are having fun.
Effective therapy is also goal focussed and evidence-based. For this reason, at Talkshop we use the individualised Therapy Management Plan. To point out our goals throughout the course of therapy sessions. Clearly communicated goals allow us to work together with families towards their child’s goals. Therefore ensuring each session builds on the progress of the last and a clear and consistent approach.
Research has shown children achieve the best results when families and caregivers are included in the therapy journey. Our speech pathologists especially enjoy supporting whole families in the therapy journey. We regularly train parents as well as grandparents, Aunts and Uncles and babysitters. At the same time working closely with local childcare and preschools to support children to do their best in every aspect of their lives.
Finally, if you have any questions or concerns use the form below to book a free initial consultation with one of our clinicians. At this point, we can help guide you through any concerns you may have.  Especially in the important months preparing for your child to start school.

Our FREE Discovery Session is ideal for anyone with any questions relating to speech, stuttering, language, literacy, social skills, swallowing and voice.

This is an opportunity for us to give some information on how to monitor your concern and give you advice on how start self-managing any issues immediately.

Discovery Sessions can help you understand if an assessment or therapy is needed, how Speech Therapy would work and, if appropriate, help you book in.

https://www.appa.asn.au/wp-content/uploads/2015/08/Phonological-Awareness-article.pdfThe Contribution of Phonological Awareness to Reading Fluency and Its Individual Sub-skills in Readers Aged 9- to 12-years

Why is Phonological Awareness So Important?